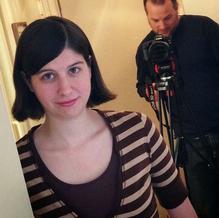 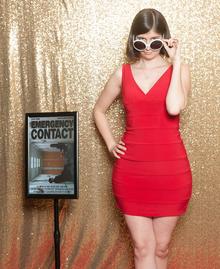 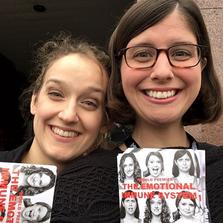 Lisa Coombs is an actress currently living in the sunny city of Los Angeles, California. Born and raised in Syracuse, New York, Lisa was declared a bona fide dork from day one. Her gusto and enthusiasm combined with her social ineptitude lead to some painfully awkward moments early in life, but once she became active in her school's drama club she attained enough confidence and vulnerability to discover her true gift: making people laugh!

Lisa hung around her hometown long enough to earn her BFA in Acting at Syracuse University; then immediately moved to California and escaped the snow forever. As soon as she arrived she began honing her comedy skills at the Groundlings School and performed with several improv/sketch comedy troops. After getting her feet wet in the local indie film scene, Lisa wrote, produced and starred in her own web series Finding Normal, which is now in pre-production for a second season! She is currently keeping her funny bone in shape in Scott Sedita's Comedy Master Class.

Lisa specializes in playing the light-hearted dorky best friend. Her cheerful and unintimidating demeanor puts everyone at ease... at least until that one awkward thing is said.

When she's not acting, Lisa enjoys hiking, camping and cooking with her husband (who's a much better cook), playing music, and dancing freestyle around her livingroom. She also likes cats. And stuffed monkeys.